The Fashion Today and the Dignity of Women 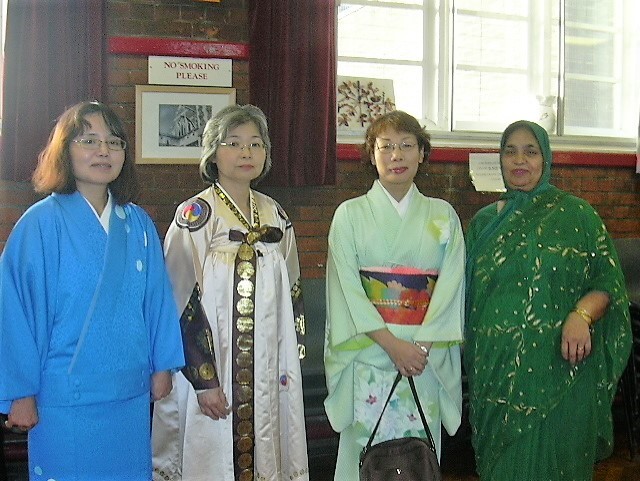 In early June of this year the Bridge of Peace had organised a forum on the “Dignity of Women” that was well attended by women from the Christian and Muslim community in Watford. One of the speakers on the day, a Muslim lady, expressed the desire to expand on the topic by relating it to the way we dress the fashion of clothing. The idea was well received and a follow up meeting on “Fashion Today and the Dignity of Women” was organised.

On Sunday 25th November ladies from the Christian and Muslim communities gathered together at the Multi-Cultural community centre. Several women wore their traditional dresses adding a colourful and interesting flair to the meeting. After short welcoming remarks, Françoise welcomed our speakers from the Muslim and Christian community and a representative speaker from the Women’s Federation for World Peace.

Kauzer explained the origin and meaning of the hijab and the long dress leaving only the hands and the face to see. She emphasizes the importance of modesty in Islam. She told us that she wears the hijab especially for her prayers or visiting relatives but on the other hand she does not wear it when she goes to work. She told us that she recognises the UK as her country and she tried as much as possible to fit in and at the same time keep her Muslim identity.

Angela spoke on behalf of the Christian community. Angela told us that in the past Christian women were also more restricted in what they could wear. For example at church, women were asked to wear hats. Modesty was also very important. Today, Christian women are freer to decide whatever they want to adopt from the fashion today. 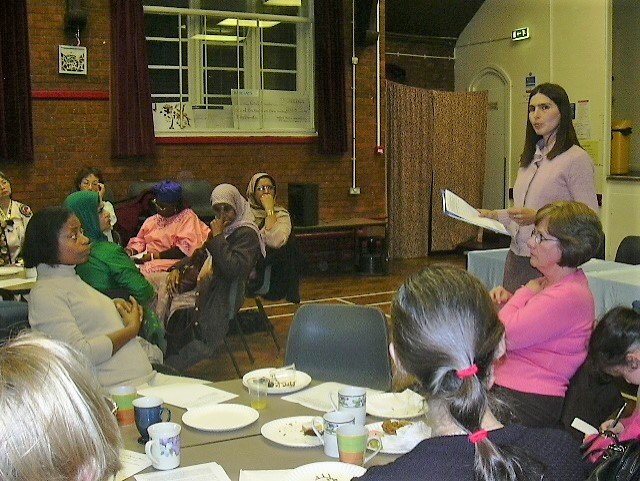 After our first two speakers, some of the ladies presented their traditional dresses. Magnificence and colourful dresses from Africa, India, Japan, Korea, Thailand and Pakistan. They wore them with pride and dignity representing their heritage and origin.

Mrs Christa Rennie, General Secretary of the WFWP our last speaker defined the meaning of the word ‘Dignity’. Looking at the Latin word ‘Dignitas’. She referred to various spiritual traditions, and read the definition of Dignity from the Webster’s dictionary. She mentioned that: “…human beings were created for goodness, for infinitely increasing dignity. Thus actions of goodness in our families and communities will increase our dignity”. Christa also spoke about the relationship between Dignity and Truth, Dignity and Freedom and Dignity and Beauty. Fashion is an expression and a reflection of the state of our society.

After a short break and refreshment, we sat together in small groups and discussed the topic of the afternoon. The reflections of each group were shared afterwards. Most agreed that is up to us to take from the fashion what we feel comfortable with. The Fashion industry mirrors the values of our society. Islam and traditional Christianity promote modesty in their dress code. Our secular society today is more inclined to show the external, physical appearance of women sometimes going a bit far to the point of indecency. Young people generally are more attracted to follow the fashion. They want to be popular and accepted by their peers. As women and mothers, we are responsible to guide our young people to find their own identity and dignity so that they can make the right decisions. The clothes we wear are not just for ourselves but also for others to see. We need to be thoughtful in what we wear as it may affect others in a positive or negative way.