The Bridge of Peace arch in the Peace Garden 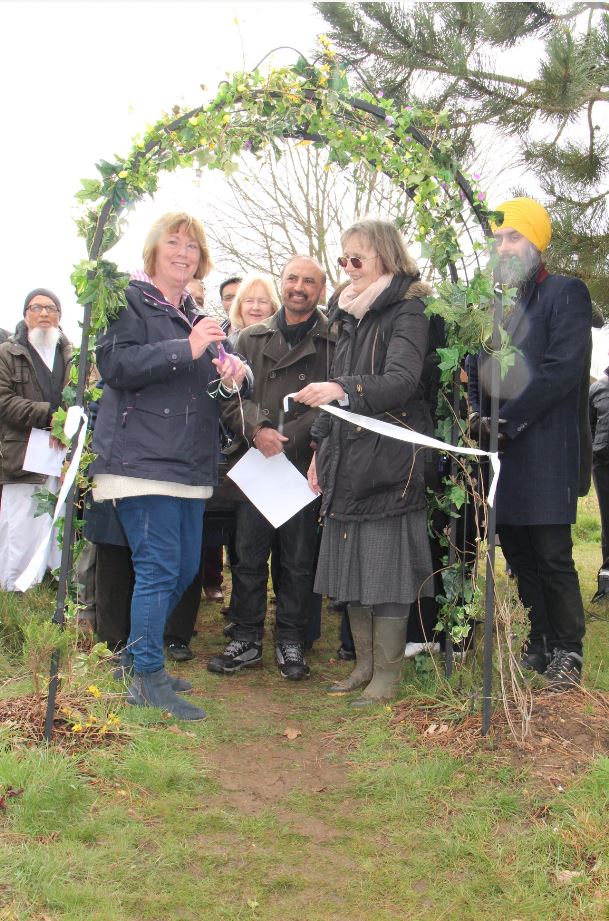 The Bridge of Peace arch was used over the years to conduct sisterhood ceremonies between women from different backgrounds in Watford. The Watford Bridge of Peace was initiated in 2003 with a sisterhood between Christian and Muslim women. The invitation was later extended to women from all communities. In 2005 the Watford Bridge of Peace became a founding member of the Watford Celebration, an annual community event which celebrates the rich diversity of Watford and the arch was used then for people from all communities, women and men to cross the Bridge.

The arch stayed unused and in storage for a while until the Peace Garden was initiated in Cassiobury Park in 2013. The Watford Peace Garden is a project of the Watford Interfaith Association and was endorsed by the faith communities of Watford. It received the support of the Watford Elected Mayor, the Watford Borough Council, Hertfordshire County Council, Green Gym, Borras (a construction company) and many other organisations. The ladies of the Bridge of Peace joined in the project and contributed to the Peace Garden by donating plants and flowers and volunteering in maintaining the Garden. We decided also to donate our arch to the Peace Garden. One of the main features of the Peace Garden is its labyrinth which can be used for a meditative walk or a stage for small performances of music or poetry, with people seated on the raised banks. The arch was placed at one of the entrance to the labyrinth. 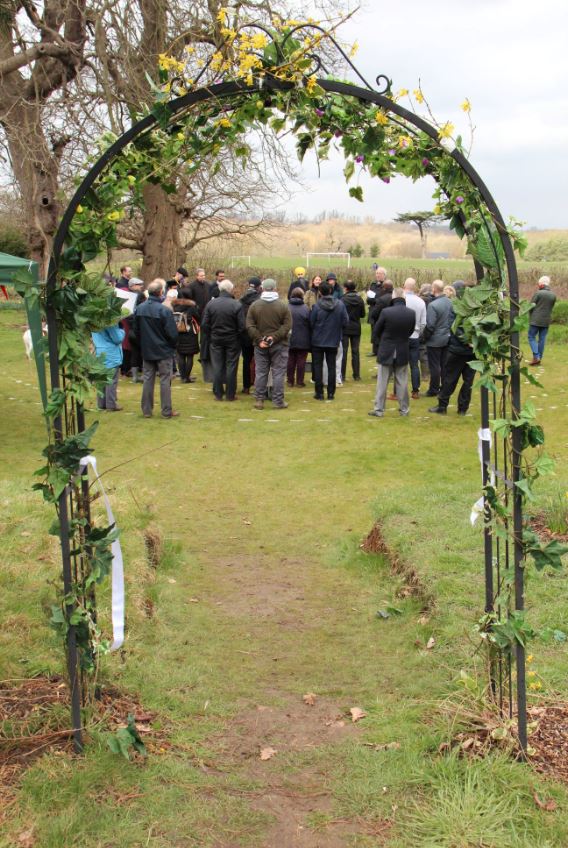 On the 29th March 2018, the Peace Garden was officially inaugurated by Elected Mayor Baroness Dorothy Thornhill MBE. She invited Françoise to join her in cutting the ribbon tied to the arch then all those present entered the Garden and assembled in the middle of the labyrinth where representatives of 8 different faiths offered their prayers and blessings for the Peace Garden.

People have commented on how much they enjoy coming to the Peace Garden walking by or sitting for a while listening to the birds, watching the beauty of nature and taking in the peace that emanate from the Garden. The Peace Garden is a gift to our town promoting friendship and understanding between all people. On its sign it is written: ‘Peace begins with me’